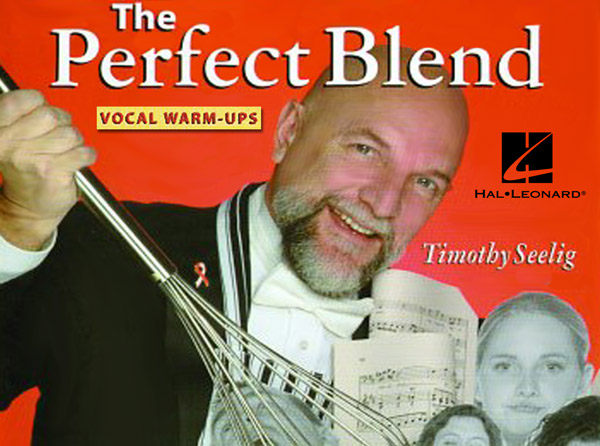 Tim Seelig has wowed music educators and choral directors with his entertaining, yet practical approach to vocal choir warmup exercises. Whether you’re in a choir or a solo singer, these exercises will get your voice ready for your next gig or performance!

From the basic building block of breath to the final bow in the concert, over 50 warm-ups are visually brought to life through choral demonstrations. Regardless of the kind of music you sing, The Perfect Blend warm up exercises will get you ready for your next gig, performance or studio session. Check out “The Perfect Blend” today!

Good exercises and useful visualizations for understanding how to express your best voice. Pleasant and engaging instructor.

I have a degree in voice - and also teach... I am amazed at how much I learned during these lessons!

I am a: Semi-Pro, Professional, Musician, Producer, Sound for Film/TV, Digital Performer

Some really good ideas to try out thank you

Good exercises and useful visualizations for understanding how to express your best voice. Pleasant and engaging instructor.

I have a degree in voice - and also teach... I am amazed at how much I learned during these lessons!

I am a: Semi-Pro, Professional, Musician, Producer, Sound for Film/TV, Digital Performer

Some really good ideas to try out thank you

Ease of Use Quality of Videos Value of Training Access to Videos
Tim Seelig
Tim Seelig is an American conductor, singer, and educator. He is the Artistic Director of the San Francisco Gay Men's Chorus. In addition, he guest-conducts and presents workshops in the US and around the world. Seelig joined the Turtle Creek Chorale in 1987 and served as its conductor for two decades during which he co-founded The Women's Chorus of Dallas. In 1999, he conducted the World's Longest Choral Concert as declared by Guinness World Records. At Turtle Creek, he recorded a total of 36 compact discs. For his work at Turtle Creek, he was named the Conductor Emeritus. He has authored five books on the topics of choral music and vocal technique. He is the author of The Perfect Blend, The Perfect Rehearsal, The Perfect Choral Workbook, The Music Within and Quick Fixes. As a clinician, he has appeared at state, regional and national conferences of the American Choral Directors Association and the Music Educators National Conference. 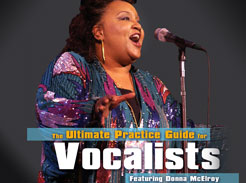 The Ultimate Practice Guide for Vocalists

Learn to sing with more power and passion under the guidance of vocal master Donna McElroy. Donna is a Berklee professor, Grammy nominee, Dove Award winner, and vocalist on multiple gold and platinum records. 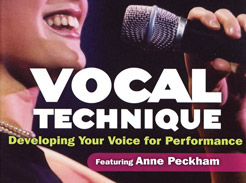 In this vocal video tutorial series, learn from professor of voice at Berklee College of Music, Anne Peckham, to enhance your singing career by learning proper vocal techniques to help prevent injuries and maximize your potential. 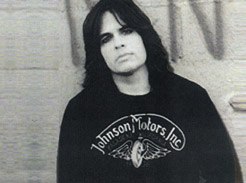 This is it. If you're serious about your singing, or are just looking to improve your technique for singing live or production demos, this series by American Idol coach James Lugo will show you what you need to do to get a powerful, controlled singing voice perfect for Rock or Pop music. 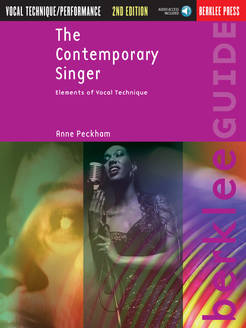 This digital book gives you tons of info on vocal workouts and additional topics, including how to deal with performance anxiety and healthy singing techniques. Topics covered include getting started, posture, belting and diction, maintaining vocal health, microphone technique, and much more. 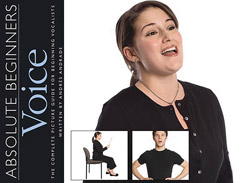 In this voice training video tutorial series presented by NYC studio owner and Queens College staff member Andres Andrade, you'll get a professional half-hour lesson on the basics of singing which you can watch and learn from over and over again. 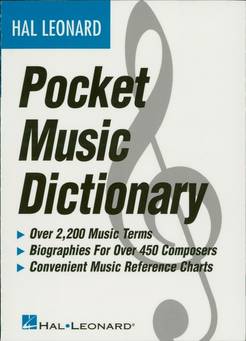 Here's the most contemporary music dictionary on the market! Conveniently divided into three main sections: The Dictionary of Music Terms defines over 2,000 music terms concisely, including notation and theory terms, instruments and terms used in pop music, electronic music and the music business; The Dictionary of Musicians provides more than 400 capsule biographies of composers and other musicians; and Reference Charts give instant, at-a-glance summaries of the essentials of music, encompassing instrumental and vocal ranges, notation signs and symbols, and scales, modes and key signatures. 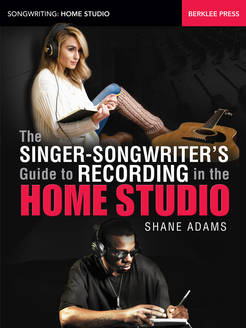 The Singer-Songwriter's Guide to Recording in the Home Studio

Record songs in your own home studio! Today's smart singer-songwriter needs to be able to record high quality demo recordings. Whatever your budget, living arrangement, or technological aptitude, this book will help you acquire songwriter-appropriate home studio gear and use it effectively. You will understand the key concepts about how the recording process works, and how to get the best sound possible out of whatever equipment you own and whatever style of music you produce. This book makes recording easy – so you can spend your efforts thinking about creative songwriting and performing, rather than struggling with technology. 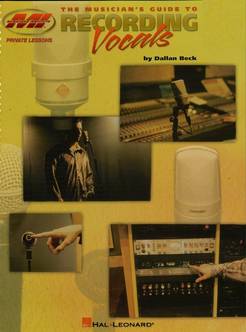 The Musician's Guide to Recording Vocals

In this “one-on-one” lesson, Recording Institute of Technology instructor Dallan Beck presents a well thought-out tutorial on recording vocals that all musicians and recording engineers can learn from. He explains microphones, mic placement, compression, equalization, tracking vocals, effects and more in a detailed, yet easy-to-understand way. The accompanying CD contains 80 helpful demonstration tracks. 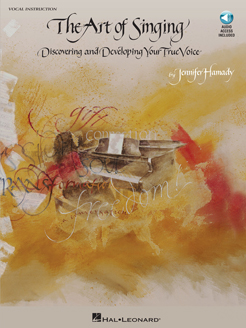 The Art of Singing

Jennifer Hamady's ground-breaking book on singing and the psychology of performance is a must-read for every artist working today and offers practical advice for releasing physical and emotional tension, establishing confidence and vocal strength, embracing personal and musical optimism, wonder and more! 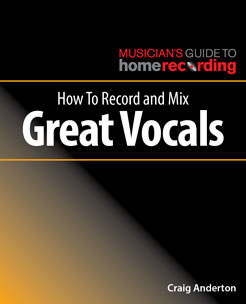 How to Record and Mix Great Vocals

Vocals tell the story that makes the all-important connection between singer and listener, but recording a vocal isn’t as simple as putting a microphone in front of someone and hoping for the best. This book, written in a clear, practical, accessible style, covers all aspects of creating great vocals, 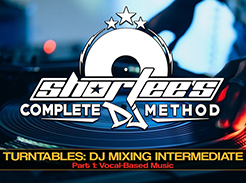 The Complete Guide to Intermediate DJ Mixing with Turntables and a Mixer, Part 1: Vocal-Based Music

In this video course, world-renowned DJ Shortee teaches you how to find all your possible mix points in your vocal-based music so that you can quickly create your DJ sets, both planned and improvised on the fly. She shows you how to dissect your vocal-based song structures, step by step and in multiple ways, so that you can easily identify all the ways you can mix your songs together and ultimately speed up your entire mix creation process. Every lesson is taught clearly, making it easy for anyone to understand. 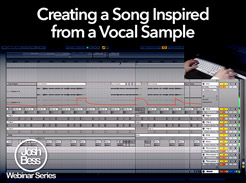 Creating a Song Inspired from a Vocal Sample

In this Josh Bess Ableton Live Webinar, you’ll see how to create a full song from a simple one-shot vocal sample including how to get started, progress, and finish as well as other helpful techniques!

We hope you're enjoying The Perfect Blend . If you have a moment, help us and the community by leaving a review. We appreciate your support!
Review Product