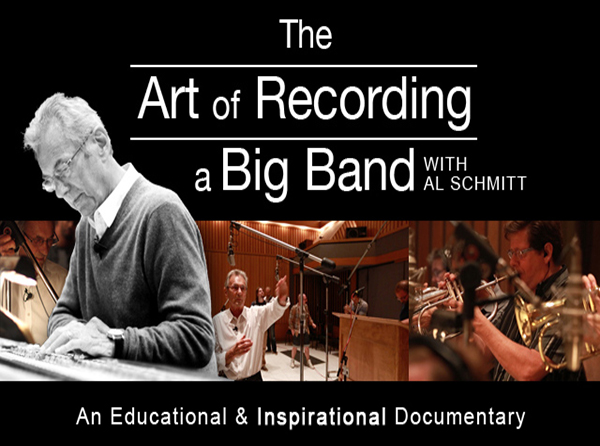 The Art of Recording a Big Band

The Art of Recording a Big Band

The Art of Recording a Big Band is an educational and inspirational behind-the-scenes film about studio legend Al Schmitt.

The Art of Recording a Big Band was filmed at the famed Capitol Studios in Hollywood, California, USA, over two days during a recording session by Al Schmitt featuring Chris Walden's GRAMMY® Award-nominated eighteen-piece jazz big band. The film focuses on the legendary Al Schmitt, the most celebrated music engineer, producer, and mixer of all time, and winner of twenty-one GRAMMY® Awards. His most recent GRAMMY® came in 2012 for Paul McCartney's "Kisses on the Bottom."

We hope you're enjoying The Art of Recording a Big Band . If you have a moment, help us and the community by leaving a review. We appreciate your support!
Review Product