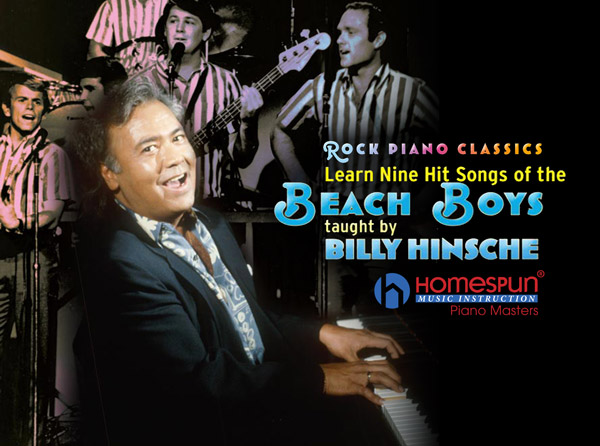 Ease of Use Quality of Videos Value of Training Access to Videos
Billy Hinsche
In the late 1960s, Billy Hinsche worked as a session musician for The Beach Boys and toured extensively with the band. His sister, Annie Hinsche-Wilson-Karges, was married to the group's guitarist, Carl Wilson. Billy earned a Bachelor of Fine Arts Degree in Motion Pictures & Television from UCLA in 1974. Further, Billy Hinsche has provided backing vocals on recordings for Elton John's "Don't Let The Sun Go Down On Me," Warren Zevon's "Desperados Under The Eaves," America's "Hat Trick," Joan Jett's "Good Music" and others. 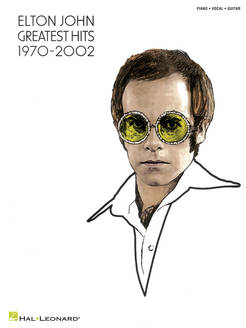 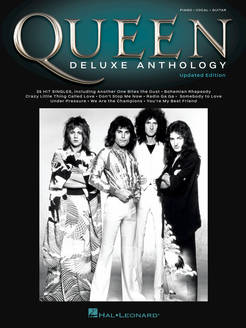 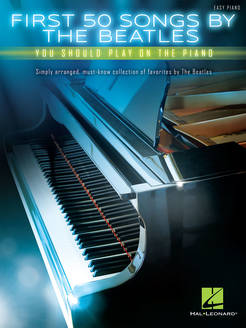 The First 50 Songs by the Beatles You Should Play on the Piano is a simply arranged, must-know collection of the Fab Four's greatest hits. Each arrangement includes chords and lyrics in an easy-to-read and play format for Beatles fans of all ages. Songs include: Across the Universe • Blackbird • Can't Buy Me Love • Day Tripper • Eleanor Rigby • The Fool on the Hill • Good Day Sunshine • Hey Jude • I Want to Hold Your Hand • Let It Be • Michelle • Ob-La-Di, Ob-La-Da • Penny Lane • Sgt. Pepper's Lonely Hearts Club Band • Twist and Shout • We Can Work It Out • Yesterday • and more. 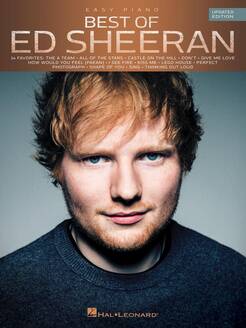 14 favorites of this British pop superstar arranged for easy piano. Includes: The A Team • All of the Stars • Castle on the Hill • Don't • Give Me Love • How Would You Feel • I See Fire • Kiss Me • Lego House • Perfect • Photograph • Shape of You • Sing • Thinking Out Loud. 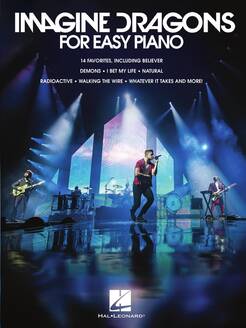 This folio features 14 Imagine Dragon hits arranged for easy piano with lyrics. Songs include: Bad Liar • Believer • Bleeding Out • Demons • I Bet My Life • It's Time • Natural • Next to Me • On Top of the World • Radioactive • Thunder • Walking the Wire • Warriors • Whatever It Takes. 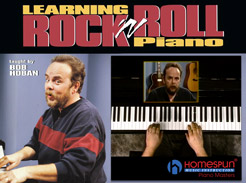 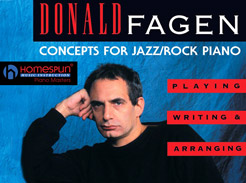 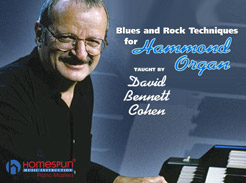 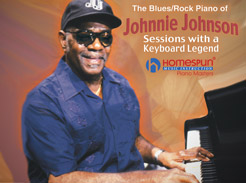 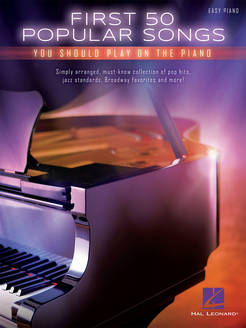 First 50 Popular Songs You Should Play on Piano

50 great pop classics for beginning pianists to learn, including: Autumn Leaves • Candle in the Wind • Chopsticks • Don't Know Why • Good Riddance (Time of Your Life) • Hallelujah • Happy • Happy Birthday to You • Heart and Soul • Hotel California • I Walk the Line • Just the Way You Are • Let It Be • Let It Go • Your Song • Moon River • Over the Rainbow • Piano Man • Stand by Me • Summertime • Unchained Melody • What a Wonderful World • Yesterday • and more. 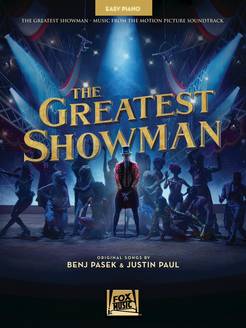 A musical drama biopic chronicling P.T. Barnum (played by Hugh Jackman) and his founding of the Barnum & Bailey Circus, this December 2017 film features a stunning soundtrack by Benj Pasek and Justin Paul of La La Land and Dear Evan Hansen fame. Our songbook features easy piano arrangements of 9 songs: Come Alive • From Now On • The Greatest Show • A Million Dreams • Never Enough • The Other Side • Rewrite the Stars • This Is Me • Tightrope. 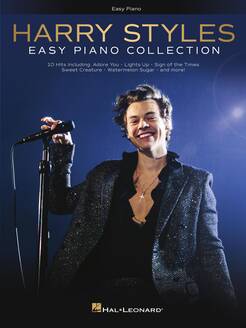 Hal Leonard easy piano folios provide musically satisfying arrangements for anyone with a few years of experience at the piano and beyond. These simplified presentations include original bass lines, chord progressions, syncopation, and lyrics – everything you need to enjoy playing your favorite songs right away. This collection features 10 Harry Styles favorites, including: Adore You • Carolina • Falling • Golden • Kiwi • Lights Up • Sign of the Times • Sweet Creature • Two Ghosts • Watermelon Sugar.

We hope you're enjoying Rock Piano Classics: The Beach Boys . If you have a moment, help us and the community by leaving a review. We appreciate your support!
Review Product