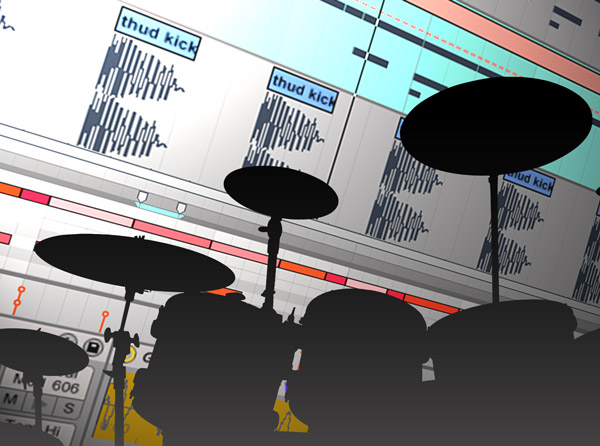 Remixer extraordinaire Timothy Allan is back, this time he's loaded with Ableton Live 9! Tim has some amazing tricks and techniques up his sleeves, and they're all dedicated to making your beats and grooves better with the powerful new features found in Ableton Live 9.

Tim starts off with an introduction to the series and let's you know what to expect. Then he jumps right in with awesome Curved Automation tutorials that will show you how to use the new version 9 feature to create FX, grooves and builds, that were not possible with older versions of Live. Next, Tim is all over the new Glue compressor like, well glue! You'll learn to tweak, modify and abuse it to no end.

Tim then goes deeper with Live 9's compressors covering important side chaining techniques, double drum buss compression and how to make cracking snare drums. The new Convert to MIDI features are then exploited, showing you how to make your own custom drum kits, synth patches and make new beats, that are totally locked in with your existing groove!

Rapid Fire Auditioning is covered, followed by tutorials on complex Session Automation techniques. The EQ8 and Formant Filters are then revealed and you'll see how to make cool vocal wah-wah effects and more.

In the final video, Tim saved the best for last. He shows you how to create Complextro sounding basslines and randomly generate and save your new creations using arrange view, and how to do it all over again for even more chopped up goodness. You'll also see how the effect can also be used to create unique effects and buildups for your track, keeping you clear of having to use the same old samples found in every other track.

Ableton Live 9 is chock full of new features. Let Tim show you his way of using them to make better beats and grooves today... Get "Making Better Beats with Live 9" now.

I enjoyed this. It was pleased to learn some new stuff about drum bussing and other things, even though this tutorial is quite old now!

Timothy really teaches you to better your beats in this video.

If you want the secrets of the masters to sound like the masters, then Timothy is your guy and this course makes the difference in your sound

I am a: Semi-Pro, Producer, Musician

I enjoyed this. It was pleased to learn some new stuff about drum bussing and other things, even though this tutorial is quite old now!

Timothy really teaches you to better your beats in this video.

If you want the secrets of the masters to sound like the masters, then Timothy is your guy and this course makes the difference in your sound

I am a: Semi-Pro, Producer, Musician

As a very young kid my parents signed me up for piano lessons. My mom said if I quit that I would regret it later on in life, but I thought piano lessons were boring! Electronic music was a natural progression for me from those early days, it let me combine my love of technology and all things nerdy with a love of loud and strange noises.

I've had years and years of training from a good friend of mine named "The Internet", and before him my other good pal "Trial and Error".

The wonder of synthesis and certain electronic music is that you never really have to record anything if you don't want to! Although I do remember way back in the day recording found sounds on an old garage sale cassette recorder I bought, and using those samples in old school Trackers on the Apple II.

I've worked with, and for, a whole bunch of fantastic people so far. Some of the more popular ones include Empire of the Sun, Dirty South, Ash, Paul Oakenfold, Carl Kennedy, Hong Kong Blondes, Loverush UK, Molly Bancroft, Made by Monkeys, Tiff Lacey, Marcie, Offer Nissim and Kirsty Hawkshaw. Madonna chose a track I made for a compilation she released, although she never called or took me for lunch! That really doesn't count as 'working with' does it!?

I'm good at training people because I remember what it was like to be the newbie, and I try and go over things that I would have found interesting and cool, back when I was starting out. I take the time to learn the techniques inside and out, and then break that down quickly for people. 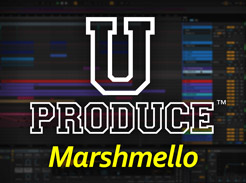 Electronic Music guru and producer Morgan Potruff shows you how to produce a track in the style of Marshmello! See how to create a professional sounding electronic track from scratch, with explanations all along the way. You also get the individual tracks to experiment with and remix. 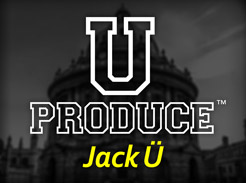 Electronic Music wiz and educator Morgan Potruff reveals the formula for creating a track from scratch in the style of electronic music greats Jack Ü. Learn the techniques and tricks used to authentically create this popular electronic music genre in this in-depth U Produce™ video series. You also get the individual tracks to experiment with and remix! 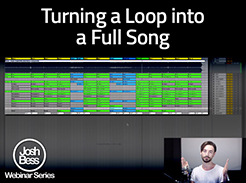 Turning a Loop into a Full Song

In this course, Josh Bess opens up his own personal live session in Ableton Live, to explain how to turn a small and simple idea into a full music arrangement, ready for live performance and/or an official release. Josh discusses many ways to get you started with building your ideas, along with other tips and tricks to incorporate into your own original music creation, no matter what style of music you are creating. 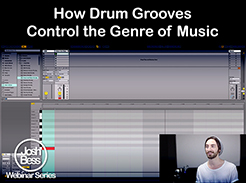 How Drum Grooves Control the Genre of Music

In this course, Josh Bess explains how the type of drum grooves you create along with the sound choices you use will completely change the genre of music you are creating. Josh discusses ideas focused on drum rhythm creation, MIDI note editing, sound design choices, groove, swing, feel, and many other related topics asked throughout the live webinar. 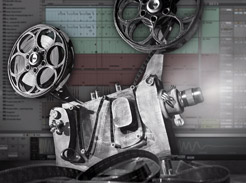 Studio wiz Thomas Cochran brings you detailed beat production video tutorials! See how to make a complete "vintage movie score" inspired beat, step-by-step using many of today's popular plug-ins and instruments. The videos are shot with Ableton Live, but the info can be applied to any DAW. This series is for those who are already familiar with using their DAW, but want to learn to make a vintage sounding beat. You also get the samples and Ableton Live projects used in the videos so you can follow along on your studio system. 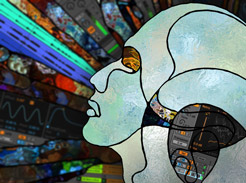 Studio pro Thomas Cochran delivers in-depth Ableton Live production video tutorials! See how to make a complete Alternative R&B song in the style of Frank Ocean and The Weekend from scratch, step-by-step using only Ableton Live. This course is for those who are already familiar with Ableton Live, but want to learn Alternative R&B sound design and production techniques. You also get the samples and presets used in the videos so you can follow along on your studio system. 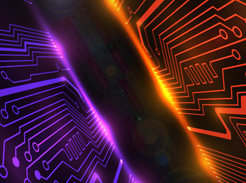 Josh Bess presents melodic techno production video tutorials designed for the absolute beginner! See step by step how to make your very first melodic techno track in Ableton Live and start your journey into producing this epic electronic music genre. You also get the samples, audio effects, MIDI files, and Serum presets used in the tutorial so you can follow along. 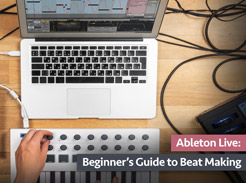 Thomas Cochran shows you how to make your very first beat with Ableton Live! See how to produce your first beat from scratch, using nothing but Ableton Live, including software installation and understanding Live's layout, all the way to exporting your finished beat and more. This series is designed for the absolute newcomer to Ableton Live. 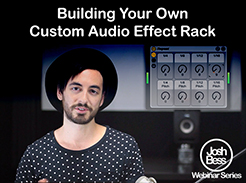 Building Your Own Custom Audio-Effect Rack 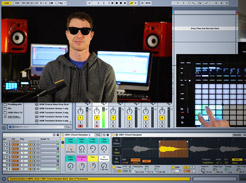 In this video tutorial series, Ableton Live sage Brian Funk, akaAfroDJMac, shares his secrets for building truly unique sampler instruments and racks. You’ll see not just how to sample, but how each component in a rack builds upon on the others to create way cool instruments and sounds. 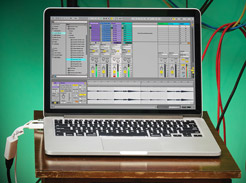 Ableton Live includes everything you need to take your creative spark and turn it into a shareable masterpiece. In this video tutorial series, dance music hitmeister Timothy Allan takes you from start-up to wrap-up! 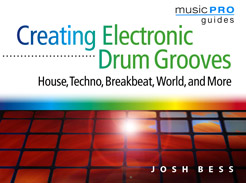 In this Hal Leonard Music Pro Guide video course, Josh Bess explain how to create a wide range of electronic drum grooves with a focus on more than simply programming beats and grooves, but utilizing the ideas and techniques of a drummer into electronic music production, for styles consisting of House, Techno, Breakbeat, World, and many more.

We hope you're enjoying Making Better Beats in Live 9 . If you have a moment, help us and the community by leaving a review. We appreciate your support!
Review Product