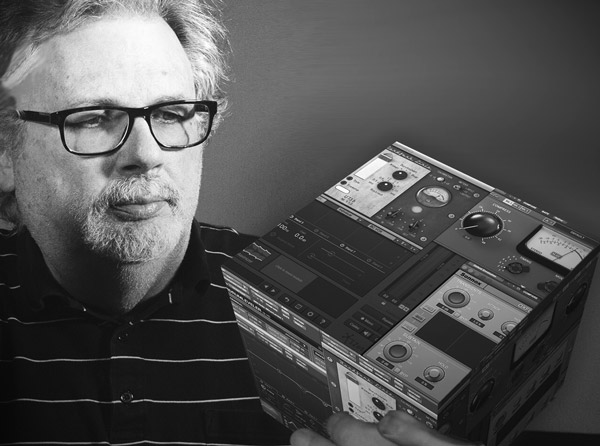 Pensado's Place - Into the Lair Tutorial

Into The Lair - Dave On Plug-Ins

Curated from the free Into The Lair (ITL) video tutorial series, Grammy Award–winning mix engineer Dave Pensado reveals his “must-have” plug-ins as well as his favorite Track and Mix Buss plug-ins and how he uses them to make his mixes impactful and shine!

Dave provides overviews of several different plug-ins, including iZotope Ozone 5, Nectar 2, and RX3, various McDSP plug-ins, and the VST/AU plug-ins in Pro Tools. These plug-in-focused ITL episodes will make sure you’re making smart choices with your plug-in decisions and give you creative inspiration!

Dave Pensado is one of the recording industry’s preeminent mix engineers. With multiple Grammy nominations and wins under his belt, Dave has had an astounding career. Christina Aguilera, Pink, Shakira, Beyoncé, Flo Rida, Afrojack, Frank Ocean, and more are a fraction of the superstars who keep Dave on speed dial. From pop to hip hop, country to Latin, and R&B to alternative, Dave’s special niche is making radio-friendly records while enhancing artistic intent.

In 2010, Dave and his manager started a web series entitled Pensado's Place. The show is wildly popular, is seen in over 150 countries by 600,000 people a month, and is used as curriculum in over 100 colleges around the globe. Every week audio artisans who work with superstars like Coldplay, Kanye West, Rascal Flatts, and more join Dave to discuss all things audio. The show has been featured in Forbes, Huffington Post, Boston Globe, and Last Call with Carson Daly among others.

With all the success, what is Dave’s favorite part of his career? "Nothing is better than being able to teach," says Pensado. "The ability to share and watch it positively impact a life is incredibly powerful." It’s that ethos that makes Dave so revered by his peers and makes him a legend to his fans. 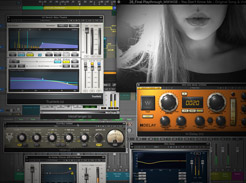 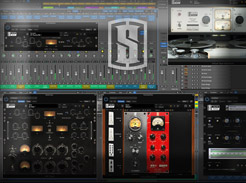 Eli Krantzberg is your host on this epic journey of mixing with Slate plug-ins! See how a real-world mix takes shape from beginning to end, using only Slate Digital's awesome suite of plug-ins. 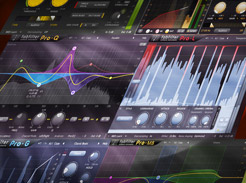 FabFilter makes the best possible tools for music production and audio processing, and Groove3 makes the best videos for FabFilter plug-ins! Follow along as studio guru Mark Struthers takes you through the FabFilter Mixing and Mastering plug-in suite, step by step, with excellent audio examples so you hear what they all can do. 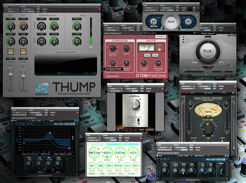 Mixing music with plug-ins has become the norm these days, but is it possible to create a great sounding mix with plug-ins that offered for free? Well, Russ Hughes says "YES" and shows you some great plug-ins that are available for free and how to use them on a mix. Russ even includes the audio file stems from the tutorials so you can practice mixing along!

In this series you'll learn the essential basics to properly and effectively use EQ, compression, delay and reverb plug-ins in any DAW! We don't just give the textbook meaning of each knob and button, there are hours of practical examples and real-world techniques demonstrated on the most common instruments and vocals. 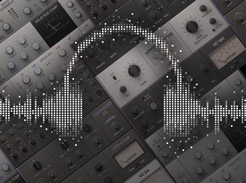 Studio expert Fabio Lendrum delivers an in-depth Mixing Electronic Music with Native Instruments plug-ins video tutorial series! Watch how to mix a electronic music track from start to finish using NI plug-ins. These videos are designed for beginner / intermediate producers and mixers looking for insight when mixing this genre with NI plug-ins. Also included are the individual tracks used in the videos so you can follow along on your DAW. 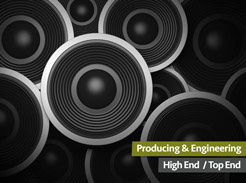 Chris Herrera brings you insightful high frequency videos when mixing tracks in your DAW! Discover cool ways to enhance, smooth out and tame the upper frequencies of your productions, so they're easy to listen to and sound great. These top end tutorials are perfect for those just starting out to mix in any DAW, as well as for more intermediate producers and mix engineers. 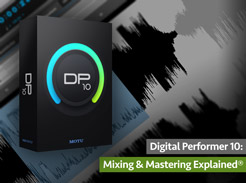 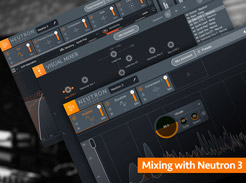 Larry Holcombe brings you in-depth Neutron mix tutorials! Download the session files and mix along with Larry using these Neutron 3 videos to get a professional, polished sound for your tracks and productions. These Neutron mixing tutorials are perfect for those just starting out to mix with Neutron 3.

Adam Pollard presents Low End and Sub-Bass tutorials! Learn how to produce and engineer proper low end and sub-bass for your tracks and productions, creating impact and power. These sub bass production videos are designed to help you create a great bottom end for your songs, giving them a fat, tight sound.

We hope you're enjoying Into The Lair - Dave On Plug-Ins . If you have a moment, help us and the community by leaving a review. We appreciate your support!
Review Product