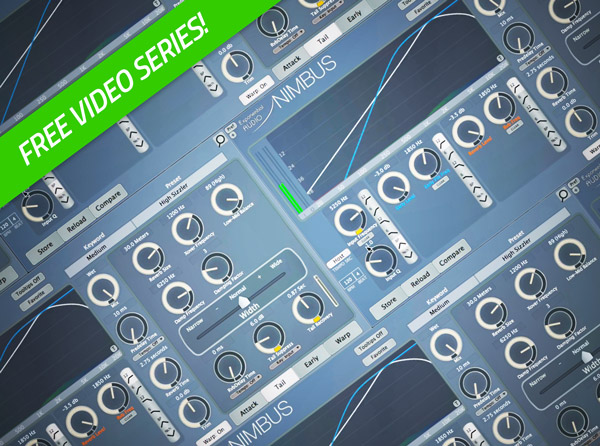 Exponential Audio, makers of the highly acclaimed PhoenixVerb, have done it again, with NIMBUS, their next generation world-class DAW Reverb plug-in. Follow along with studio guru Marcus Huyskens and learn all of its features as well as how to use it on your tracks!

Marcus covers it all, including the new GUI, Search Option & Keyboard Shortcuts, using the Filters, Tail Suppression, Warp functions and much more.

See the individual tutorial descriptions below for more info. If you want to get the most out of NIMBUS, look no further, check out “Exponential Audio NIMBUS Explained” today!

Clear and in dept explanation

I thought I knew this plugin pretty well, but as with all Groove3 videos the tutorials unlocked a number of critical and very useful features of the product for me.

This was a very disappointing tutorial. The presenter doesn't give any real information about what the parameters do, how reverbs works, etc. He just reads the name of the knob, then moves it, as if the rest is self explanatory. "Here's damping, this controls the damping of the reverb

I am a: Semi-Pro, Musician, Sound Designer, Ableton Live

NIMBUS is like no other verb out there! Your music will thank you :)

I am a: Producer, Professional, Audio Engineer, Musician, Sound Designer, Sound for Film/TV

Clear and in dept explanation

I thought I knew this plugin pretty well, but as with all Groove3 videos the tutorials unlocked a number of critical and very useful features of the product for me.

This was a very disappointing tutorial. The presenter doesn't give any real information about what the parameters do, how reverbs works, etc. He just reads the name of the knob, then moves it, as if the rest is self explanatory. "Here's damping, this controls the damping of the reverb

I am a: Semi-Pro, Musician, Sound Designer, Ableton Live

NIMBUS is like no other verb out there! Your music will thank you :)

I am a: Producer, Professional, Audio Engineer, Musician, Sound Designer, Sound for Film/TV

I started playing piano at around 5 years old, after which point I switched to the Guitar at around age 10. I was pretty lucky, as my parents had quite a nice selection of records, spanning across multiple genres, that I could listen too. I would sit by the record player with headphones on, and close my eyes, and imagine myself playing along with them. I listened to much "older" music than the current music my age group was listening to. I continued to play the guitar and by 16, had developed some pretty decent chops, and was playing lots of local jazz clubs & restaurants with a couple friends. However after the birth of my first son, I took a break from gigging, and made the transition to the other side of the glass. However, I still rely on, and draw upon my abilities as a musician all the time, as I feel that an engineer, producer, or mixer, with a decent understanding of music, tempo, groove, theory, and genres, is a step ahead of the game.

Pretty much 23 years of locking myself in a chair, and working diligently on my craft. Over the years, Ive also had had the great pleasure of working with other fantastic engineers, being able to pick their brains, observe and sponge in all the information that they offered. I still maintain, that you can learn more from a couple weeks, or even a couple days working with a seasoned pro, then you can in a year or 2 of school. Although I was set on going to audio engineering for school, my parents insisted on me going to school for business marketing, which didn't really work out, as I spent most of my time cutting class and going to my older sisters media arts classes, offering up myself as an actor, or voice over actor, (whatever they needed) for all of their student productions, so that I could learn more about audio/video production. It wasn't quite an audio engineering per se, but it was a close second!

Although Ive never had any formal education, I can recall my early "lessons" from my father, of cutting tape, and working with analogue gear. Being given tasks, like recording music from a record to tape, then cutting the tape, to make edits. The process of gain staging, EQ, fader riding, compression, adding reverb, etc etc. Also most importantly, my lessons in understanding the psychology behind getting the best performance from your artist/talent, which I was able to comprehend, and which I still keep with me, and use to this day.

By about 11 years old, after listening to countless records in awe, I became interested, (or maybe even obsessed) with the whole recording process. When I badgered my father enough, he eventually dusted off his old TEAC 3340 reel to reel, an old mixer, and a spring reverb for me, that had been meticulously stored and well taken care of. Needless to say, It was pretty much game over from that point on. I fell in love with the notion of being able to capture a moment in time, a performance of art, and preserving it. In the very beginning, I spent most of my time re-recording old records, and singing and playing over top while tracking them, playing around with different microphones, then began a crash course in the basics.

In a sense I was very fortunate, as in addition to being a producer/camera man, my father was a pretty savvy audio engineer, who used to record/mix the music for all his documentaries / productions he worked on back in the day. So, at a very young age, & before the times of the “Mbox" and portable interfaces, little did I know, that I was receiving some very thorough training that became the foundation of my craft. As i grew more comfortable with the gear, I started inviting other children over to my "studio" (parents living room-LoL) who were in bands, so that I could record them. My parents were pretty supportive, often allowing me to use this area, and make noise to do something I enjoyed.

Fast forward a couple years to high school, As my band was looking to get some gigs, I was able to record our own demo's to hand out to clients, and continued to work on my craft, eventually opening up my first studio in 2002. From there, everything else is pretty much history.

The majority of my work has been on the Indi scene music wise, working with local talent, and also internationally as a mixer for various clients in different genres. In 2010/2011 I shifted my efforts, and began working on ad spots, both writing, and recording/mixing with different composers, which eventually brought me down the path of actually developing my own set of sample libraries for composers to use in music production, and television/film/games. This has really opened up some doors for me and expanded my cliental into areas I would have never imagined. I continue to work with talented artists, and composers on various projects, in addition, I also do some voice over work for different audio brands.

Tough one to answer, but, i'd like to think that I teach people the way that I prefer to be taught. Which is building a foundation of knowledge, then adding to it in stages, with clear steps. I try to stay on point, and simplify a process down to its core level. I find that in general, there are a lot of tutorials that leave you scratching your head sometimes. I try to avoid that. Ive often had friends say to me, that I simplify things, so if thats the case, then I hope I can continue to do so. 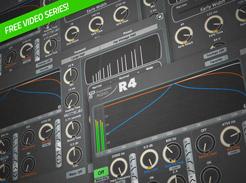 In this FREE Groove 3 series, Eli Krantzberg brings you in-depth videos about Exponential Audio's latest reverb royalty, R4. Get step by step instruction on all its features, as well as how to creatively apply it to your instruments and tracks. 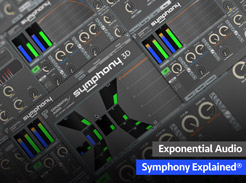 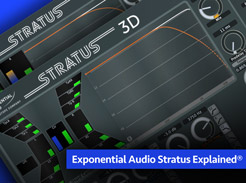 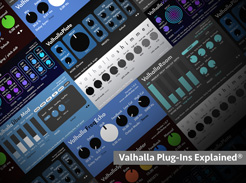 Studio guru Larry Holcombe takes you on a journey to Valhalla! ValhallaDsp is renown for their amazing sounding reverb and effect plug-ins, and Larry explains and explores them all with these in-depth video tutorials, all while showing their strengths and best uses along the way. 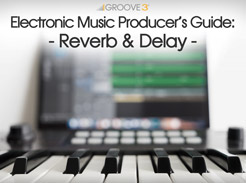 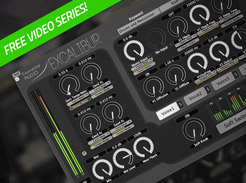 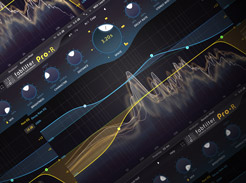 Eli Krantzberg reveals everything you need to know about the awesome new reverb plug-in from FabFilter, the Pro-R! Learn all about its features and functions as well as how to use it on your tracks. 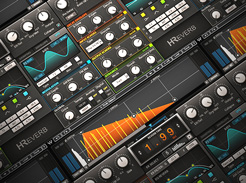 Waves H-Reverb hybrid reverb plug-in fuses multiple technologies to give you more control than previously possible and provide a richer, deeper sounding reverb. Waves guru Todd Tatnall gives you an in-depth series explaining this awesome plug-in inside and out. 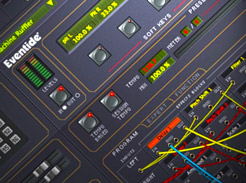 Studio expert Jeff Silverman goes to work in the Eventide H3000 Factory, showing how Eventide took their Pitch, Delay, Modulation and Filtering algorithms from their legendary H3000 Harmonizer and packed them into a powerhouse plug-in! 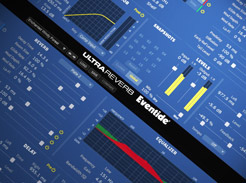 More than just a Reverb, the Eventide UltraReverb has it all, including stunning Reverbs, Delays Dynamics, and Ambience derived from Eventide's flagship H8000 hardware processor. Studio guru Todd Tatnall takes you on a guided tour of this killer Reverb plug-in and shows you just what it can do. 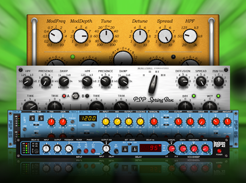 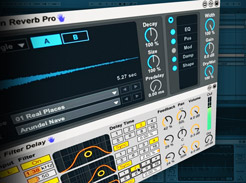 Ableton Certified trainer extraordinaire Scottie Dugan returns and is ready to pull the curtain back on Live's built-in reverb and delay plug-ins. Join Scottie as he unlocks the power of these two classic, "must know how to use" effects.

Exponential Audio NIMBUS Explained® is rated 4.1 out of 5 by 4 .
Rated 5.0 out of 5 by 2BWBrand from very helpfull Clear and in dept explanation
Rated 5.0 out of 5 by Classical Composer from Very clear I thought I knew this plugin pretty well, but as with all Groove3 videos the tutorials unlocked a number of critical and very useful features of the product for me.
Rated 1.0 out of 5 by mholloway from Zero explanation of actual functions of parameters This was a very disappointing tutorial. The presenter doesn't give any real information about what the parameters do, how reverbs works, etc. He just reads the name of the knob, then moves it, as if the rest is self explanatory. "Here's damping, this controls the damping of the reverb
Rated 5.0 out of 5 by Number Nine from Michael Carnes is Reverb Royalty exponentially! NIMBUS is like no other verb out there! Your music will thank you :)

We hope you're enjoying Exponential Audio NIMBUS Explained® . If you have a moment, help us and the community by leaving a review. We appreciate your support!
Review Product