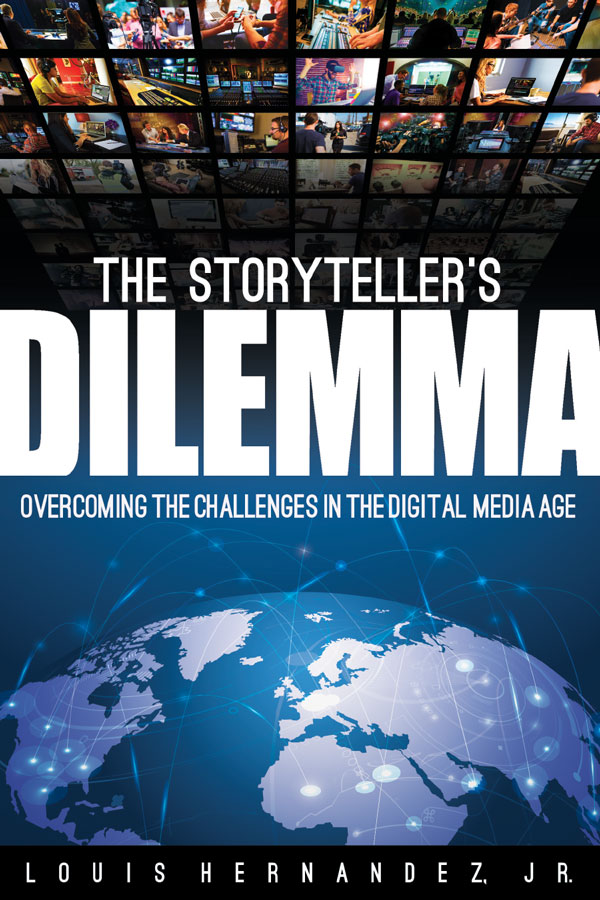 Preface
The Enduring Power of Storytelling
Shaping Our View Of The World
Great Stories Touch Us Deeply, No Matter What The Medium
Why Do We Do This?
The Urge To Share
The Need To Shape Our Community
The Rewards Of Making It Real
We're All On A Shared Journey
Our Roles Are Changing—and Expanding
For The Industry, Technology Is Disruptive
What's Really Driving Disruption
A Matter Of Priorities: It's About Money
The Dizzying Rate Of Change
Is Digital Acceleration A Burden Or A Benefit?
Over Time, Things Get Simpler—but Does That Help?
Unlocking Our True Potential
We Are Technological Beings
Altering Perception: The Cgi Revolution
Enhancing Reality To Tell More Compelling Stories
Our Lives—and Ourselves—have Been Shaped By Technology
The Effect of Technology on Behavior
We Change What We See And Hear, And It Changes Us
Blindsided, In A Good Way: The Positive Impact Of Technology
Technology and Work: Evolution in Parallel
From Scale To Efficiency: Defining The Way Enterprises Work
Beyond Productivity: The Need For Real Transformation
The Rise of the Media Industry
An Industry Saddled With Legacy
Who Controls The Content?
The Digital Bombshell
The Inconstant Winds Of Digital Change
Storming The Media Castle: Putting Power In The Hands Of Consumers
The Itunes Effect
The Streaming Tsunami
Digital Distribution Has Changed Our Expectations
Who's Driving the Bus? Look in the Mirror
The Paradox Of Endless Choice
Why the Industry Is Broken: a Tale of Unintended Consequences
The Forces Driving The Industry Today
The Dilemma Facing Media Companies
The Fallout: Money Rises To The Top
The Slow Death Of Great Content
Where We Stand Today
Simpler, Faster, More Efficient
The Result: An Explosion Of Content
At the Heart of the Dilemma: an Imbalance of Investment
New Priorities: The Consequence Of The Digital Age
Where's The Complexity Coming From?
An Ever-Tighter Revenue Picture
Choice Drives Complexity, In Business And The Marketplace
How The New Environment Impacts Investment
Defining the Problem: What Makes Things So Difficult?
Process Evolution In The Media Industry
Digitization Muddies The Waters
The Direct Digital Connection
Digital Misalignment And Its Impact
Keeping A Handle On Assets: The Need For Metadata
Combating The Piracy Plague
Optimizing Value To Get More Out Of Every Asset
From A Broken Model To One That Serves All Of Us
The Case for a Common Platform
Remember The Bad Old Days?
What A Shared Services Platform Looks Like
The Idea Of An Open Platform Is Not New
Accelerating A Natural Process
Why Changing the Way Things Are Matters to All of Us
Step Back And Ask What Matters
Why Storytellers Should Care
Why Media Companies Should Care
Why Industry Professionals Should Care
Why Consumers Should Care
Why Society Should Care
The Time To Act Is Now
Acknowledgments
Notes

Human beings are natural storytellers, and it's never been easier to access digital technologies that allow anyone, anywhere to share their story with the world.

More stories are being produced and consumed now than at any other time in our species' history – yet, for some reason, it's never been more difficult to cut it as a creative.

Consumers are paying less (if anything) for all forms of entertainment, traditional media companies are tanking, and the advertising realm has been turned on its head. Although operating budgets have increased in every sector, storytellers are making less than ever before, as the lion's share of new revenues cyclically feed mechanisms for distribution and monetization.

Our media landscape is, in short, unsustainable and in the midst of a crisis. What went wrong? How can we fix it?

Although he presides over Avid, the leading provider of audio and video technology for creatives and media professionals, Louis Hernandez Jr. isn't your typical multinational CEO. In his two previous books, Too Small to Fail: How the Financial Industry Crisis Changed the World's Perceptions and Saving the American Dream: Main Street's Last Stand, he chartered his vision of an egalitarian America structured around the communities that compose its very foundation.

He brings the same mindset – the same notion of countless small actors with unlimited potential – to the tumultuous world of media with his third book, The Storyteller's Dilemma: Overcoming the Challenges in the Digital Media Age.

In The Storyteller's Dilemma, Hernandez puts forth another comprehensive vision for our future that aims to advantage all while disadvantaging none. This book is neither a diatribe against economic elites nor a postmortem analysis of the ills of digital distribution.

Instead, it proposes a new approach with the potential to benefit all involved parties – an approach that at once embraces the intensifying power of storytelling and eschews the notion that disruption and instability must greet an industry hand-in-hand.

Rather than favoring any given group over another, Hernandez imagines a streamlined world of shared platforms and common standards that empower storytellers, developers, and deliverers alike.

By dispensing of business models that have proved unviable in the digital age, we can turn higher profits while more equitably compensating creatives and creative endeavors. In today's networked world, the economics of storytelling matters to everybody. It's time we all got onboard.

We hope you're enjoying The Storyteller's Dilemma . If you have a moment, help us and the community by leaving a review. We appreciate your support!
Review Product