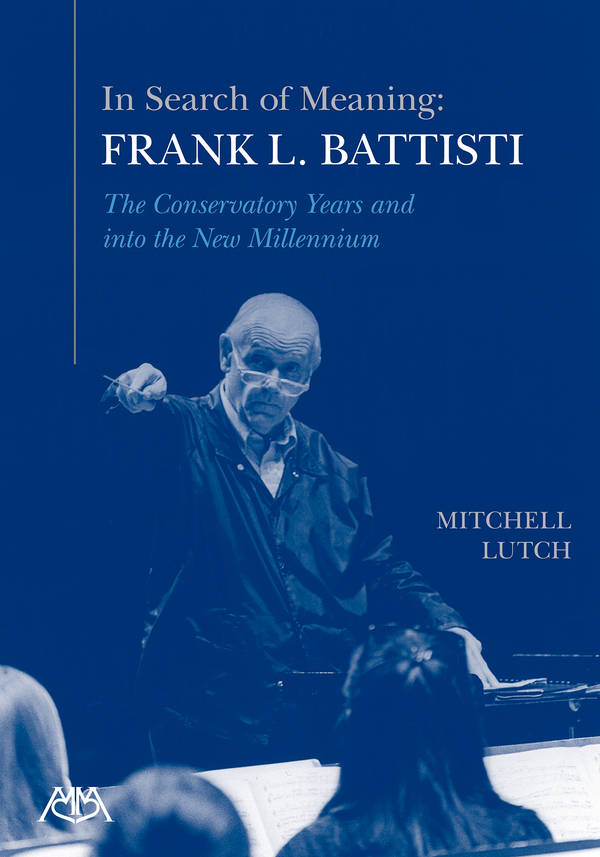 This biography begins in 1967 as Frank L. Battisti concludes a celebrated 14-year career as Director of Bands at Ithaca High School, followed by a move to Baldwin Wallace College Conservatory. Later, Battisti answers a call from Gunther Schuller to establish a wind ensemble program at New England Conservatory. His unparalleled accomplishments, known throughout the world, have provided artistic vision and leadership that propelled the wind band/ensemble into the 21st century.

- not reviewed
Be the first to review this product
Mitchell Lutch
Mitchell Lutch served as Associate Professor of Music and Director of Bands at Central College in Pella, Iowa from 2005–2019, where he direct-ed the wind ensemble and pep band, and taught courses in instrumental conducting, music education and music appreciation. In 2014 he was presented with Central's Hutch Bearce Award for Community Building and Faculty Leadership and in 2012 he was awarded The John Wesselink Outstanding Performance Award. Dr. Lutch founded the Iowa Chamber Players in the summer of 2017. He also directed the Central Iowa Wind Ensemble for 13 years and the Grin-nell College Symphonic Band for 10 years.

We hope you're enjoying In Search of Meaning: Frank L. Battisti . If you have a moment, help us and the community by leaving a review. We appreciate your support!
Review Product