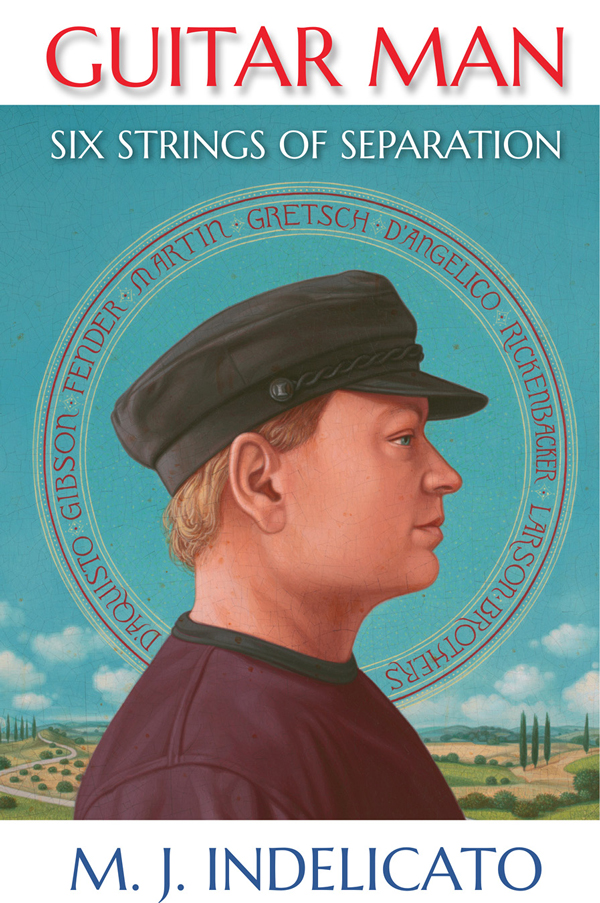 If you haven't heard this man's music on the airwaves, there's good reason. To quote the great Jelly Roll Morton, “He can't play his way out of no paper bag.” But, if you have an old Gibson, Fender or Martin guitar under your bed, you'd better hide it – 'cause the Guitar Man is coming for it with a paper bag full of cash.

From Moosejaw to Mobile, “Guitar Man” Michael Indelicato has spent over twenty years and has covered more than a million miles in his search for vintage guitars. He stops at every pawnshop, flea market, and even the occasional garbage dump in hopes of finding yet another of these coveted instruments. And yes, he has bought (and sold) thousands of them – including many of the most valuable and iconic guitars in existence.

Mr. Indelicato started collecting these rare guitars at age 16; forty years later, he has made a fortune in this pursuit. Along the way, he has put guitars into the hands of many of the world's best known musical artists. Part treasure hunter, part door-to-door salesmen, part historian, these are his stories: the soaring successes, the stinging failures, and the insane coincidences that have befallen a man who gave up a lucrative corporate career to follow his musical muse. Like the strum of an ever-rolling arpeggio, his style of prose has been called “Jack Kerouac meets the American Pickers.”

- not reviewed
Be the first to review this product
Guitar Man: Six Strings of Separation is rated 0.0 out of 5 by 0 .

We hope you're enjoying Guitar Man: Six Strings of Separation . If you have a moment, help us and the community by leaving a review. We appreciate your support!
Review Product