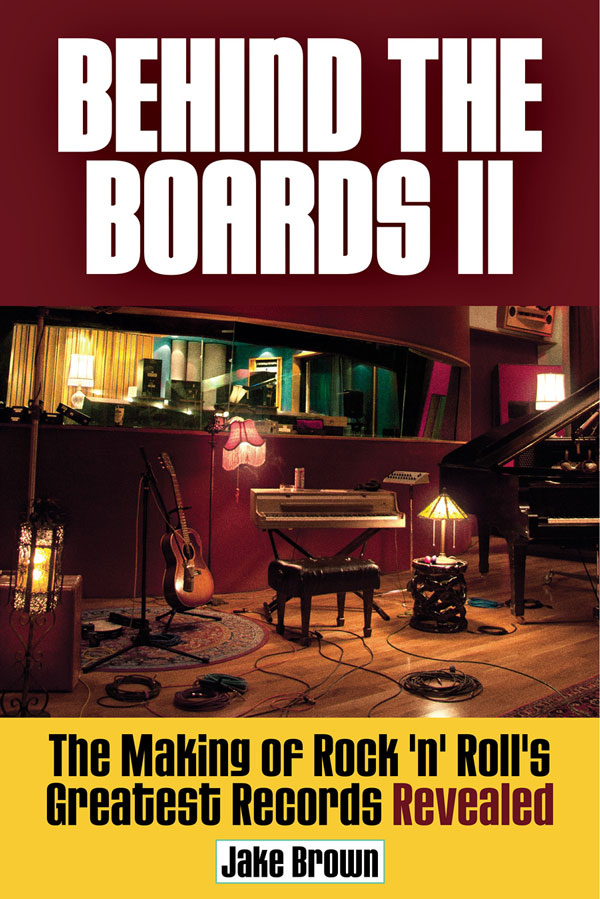 The initial volume of Behind the Boards was the first definitive rock-record producer's anthology of its kind, taking music fans and those interested in sound recording inside the studio to experience the creation of life-changing music!

Behind the Boards II: The Making of Rock 'n' Roll's Greatest Records Revealed takes fans inside the creation of still more legendary rock gems, including "Hotel California" by the Eagles; "Should I Stay or Should I Go?" by the Clash; "Rocketman" by Elton John; "Ziggy Stardust" by David Bowie; "Start Me Up" by the Rolling Stones; "The Thrill Is Gone" by B.B. King; "Take a Walk on the Wild Side" by Lou Reed; such Beatles classics as "I Am the Walrus," "Helter Skelter," and "Give Peace a Chance"; as well as still more hits by Def Leppard, Billy Idol, Stevie Ray Vaughan, George Thorogood, the Police, Jackson Browne, Survivor, Foo Fighters, the Stone Roses, Ozzy Osbourne, Heart, Joe Satriani, Rick Derringer, Peter Frampton, Huey Lewis & the News, Tool, Jon Bon Jovi, Daughtry, Michael Jackson, Whitney Houston, Lenny Kravitz, Tracy Chapman, Steve Miller, Simple Minds, Foreigner, and many more!

We hope you're enjoying Behind the Boards 2 . If you have a moment, help us and the community by leaving a review. We appreciate your support!
Review Product